According To Sickly Liars: Excluding The Majority Is What Describes Inclusiveness 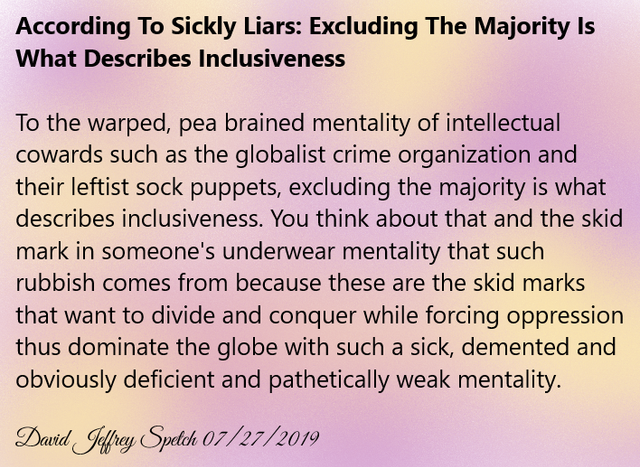 To the warped, pea brained mentality of intellectual cowards such as the globalist crime organization and their leftist sock puppets, excluding the majority is what describes inclusiveness. You think about that and the skid mark in someone's underwear mentality that such rubbish comes from because these are the skid marks that want to divide and conquer while forcing oppression thus dominate the globe with such a sick, demented and obviously deficient and pathetically weak mentality.