Again: Emergency Act = Fire All MP's Because They'l Be Useless

2 10 5 1
If liberals get dictatorship happening due to this so called emergency act (remember, these days officials claim the opposite of what winds up proving to be when it comes to many issues) and they have the right to confiscate Canadian citizens stuff then I foresee you would be wise to get ready to watch your bank accounts drained to make liberals friends even richer than the liberals have already made them at the expense of the well being and safety of current and future Canadian citizens. They might even assist the UN to abduct you and your children when their WHO negligence assisted corona spread in the first place. Hey they are using the corona crisis to try and make a full liberal government dictatorship out of Canada with this emergency act (right after they already attempted to go after full control over Canada revenue and failed recently) when Canadian citizens lives and future have already been facing crisis and abuse these past few years and much due to the actions of this so called liberal government.

These so called officials deserve prison. We have a circus, a mockery, an empty shell, not a government, this is stone cold highway robbery with assistance from feds as it has proven to be happening for years and especially since this liberal mockery the past half of a decade.

It's time to get these fools out of office, the last thing Canada needs is to give absolute power to compulsive, obsessive, lying, deceiving and retarded due to their own deliberate ignorance.

Canada deserves so much better like prison for tyrants and traitors would be an appropriate start followed by removing years of lies and deceptions used to forge legislation forced through legislation while further legislation created to try and force Canadians to lie for these sickos like legislate Canadians not willing to stoop to their level and lie for them as the criminals committing family violence "for not lying" for these sickos. What did you expect liars to do but to try and create legislation to try and make citizens liars too. Sickening and these fools think they deserve Canadians trust after all of the years of lies and deceptions they have pulled. Absurd! 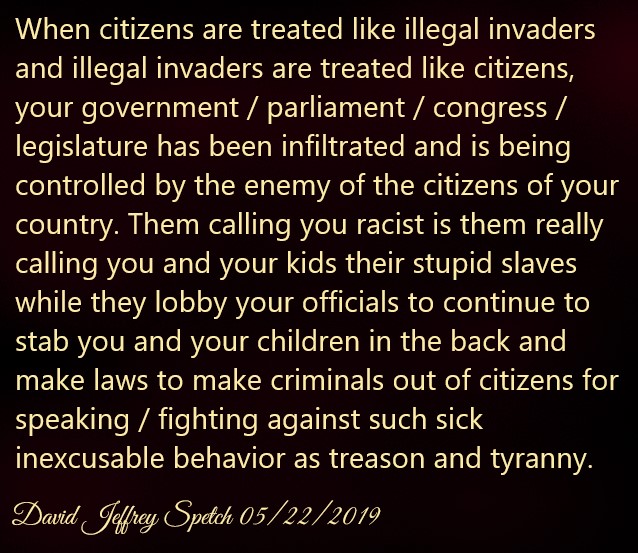