2 10 5 1
A small step in a positive direction for Alabama but this sick lgbt behavior needs to be criminalized for all ages. Meanwhile in Canada: Canadians Made Out To Be Criminal For Wanting To Protect Children And Raising Awareness To Injustice

In this instance it's thanks to years of the lgbt forcing factually proven foundations of lies and deceptions through legislation so they could eventually come to now where they incite Canadian children in school, and even students from a younger age, to claim to feel the opposite sex while using this as consent to over ride parental right thus have innocent little Canadian children agree to destroy Canadian Citizen's children's own sex organs at a young age while not informing the parents, then trying to make criminals out of parents when parents find out that their child has been brain washed with a bunch of extremely sick and offensive lgbt lies and deceptions.

Canadian citizens deserve every primary entitlement to every right to stand up for the protection of Canadian children over any level of court upholding legislation which leads to the actions of, such as in this instance, so called doctors who remain with their names hidden from the public and faces in shame while advocating the death of any child's reproductive organs while also using the child consenting along with Bill C-16 as justification to over ride parental authority and entitlement to consent over any child while also using such shady tactics to force this upon children behind parents backs while also trying to gag order the parents from alerting other parents / citizens of Canada!!!

How do Canadians even know these are doctors at all?!

I recently heard that Former PPC candidate Laura-Lynn Tyler Thompson has now been summoned to court 800 Smythe St. Vancouver in the morning of 02/12/2020 for interviewing Robert Hoogland and keeping the interview video up online after being served notice to take down her interview of a father who has been served gag orders under threat of repercussion for not following the order while his child's reproductive organs are set up for sterilization of the genital as warrant of the sate thus death to the child's reproductive organ. This father has the courage to stand up and do some interviews with other Canadians to expose such shady tactics and I find it infuriating that the courts try and gag Canadians for exposing the courts shady following of legislation that leads to the physical, mental and sexual harm of Canadian children!

Just goes to show just how sick some minds are to incite Canadian children to claim they feel like they are the opposite sex in school behind parents backs and use that as their justification to force this upon innocent little children behind parents backs without parental consent, let alone turn around and try and make criminals out of parents for being infuriated with such inexcusable and unforgivable behavior and for parents wanting to protect their child from such insanity. Shame on the officials of Canada that ever wished this upon any child to pass such lies and deceptions through legislation that lead to harming children without parental consent and the parent not agreeing with that is when an amendment in Bill C-16 forged with lies and deceptions in 2017 is used to make criminals out of the parent for being infuriated that their child has been brainwashed with a bunch of sick, inexcusable and unforgivable lgbt lies and deceptions behind the parents back while in school encouraging Canadian children to agree to say they feel like the opposite sex and use the child saying such as justification for consent to over ride the parents right to protect their own children wile using lies and deceptions forged into an amendment in Bill C-16 to enforce them killing Canadian children's sex organs.

We obviously have a serious crisis of sick minds behind getting away with doing this to Canadian citizens! We need to remove the 2017 amendment from Bill C-16, remove all factually proven foundations of lgbt lies and deceptions from schools, school boards and legislation along with removing all lgbt fabricated terminologies as well restore words the lgbt replaced genuine meaning with lgbt lies and deceptions and we need to take such positive direct action for the well being and safety of Canadian children as well for the well being and sanity of Canadian citizens.

I am proud to continue the good fight for the well being and sanity of current and future generations of Canadians as well the life on this planet as I have been doing for almost 20 years.

Laura-Lynn is back in court 03/08/2020 (tomorrow) but I won't share youtube videos of people using innocent victimized children to promote religious lies so if you must, look for her videos yourself. I Alerted both a thousand Canadian officials before the first court date time and 650 UK officials the evening of the first court date to raise awareness to this red flag lgbt nightmare going on. 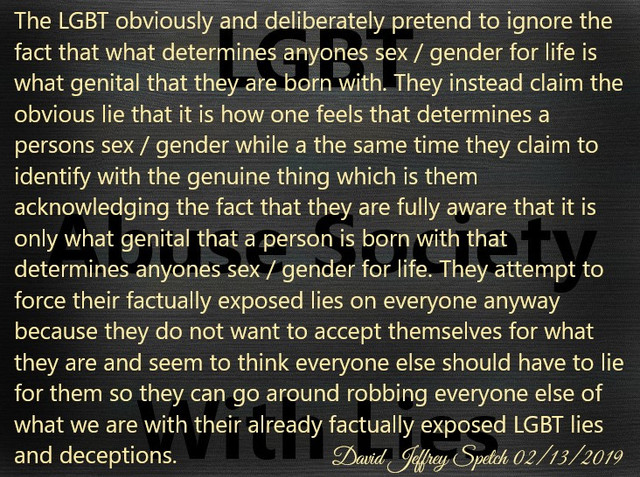