2 10 5 1
Julie brought up tactics being politically abused these days and so I had the following to present to her. I like that Julie really seems to care and gets more to do with the larger picture than many I have noticed let on.

Liberal policy like 15 years ago Julie was label anyone exposing the LGBT with such lies as hater, bigot, homophobe to have us banned and I warned the officials of Canada and the public of what was going on with such shady tactics while getting slandered with lies as justification for being banned everywhere. (They get rid of you while trying to make their slanderous lies of you the issue because they are unable to contest the facts you share that expose their lies and deceptions on the foundation of their every issue I address is how they try and hide that they have no validity when it comes to the foundation of an issue) The officials of Canada cowered from the main stream media being used back then as a tool to use to slander officials opposing their sick and filthy lies and deceptions being forced through legislation. Now they are using this tactic with nearly everything Julie when we could have stopped it well over a decade ago ...

The LGBT is sick and filthy compulsive obsessive lying garbage. The huge error (I think it was deliberately planned all along) when they legalized homosexuality they didn't criminalize discrimination against heterosexuality which has turned into homosexuals pretending to be what they are not (transgarbage) which is the opposite sex they are born so these sick homosexuals can go around robbing everyone else of what we are the sick and filthy bigots they genuinely prove to be. I was born heterosexual, not some filthy homosexuals guinea pig.

Oh and here is a little something to ponder 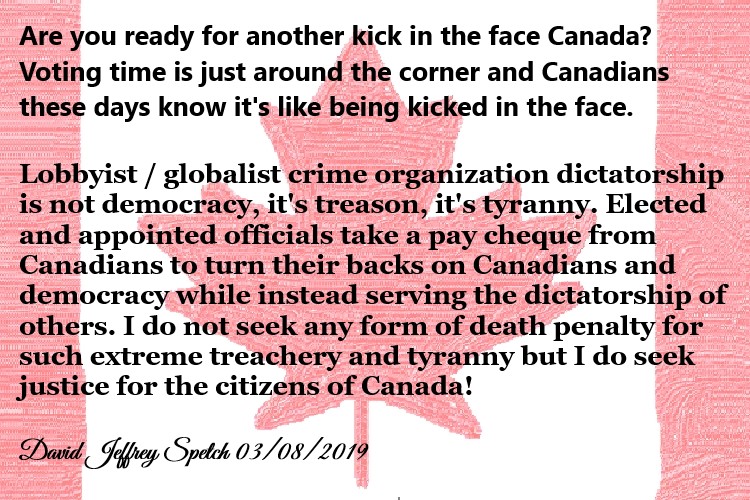