Green deal look like for Canada? A laughing stock to those selling oil

2 10 5 1
Green deal look like for Canada? A laughing stock to those selling oil

What are they implementing as a replacement before they remove oil? Nothing?!! Right, just out to help the globalist crime organization prevent Canada from being competitive so greedy pigs can sell all of their oil while Canada becomes crippled when they have already way more than likely planned on moving in and stealing Canada's resources ...

What would "doing our part" in a green deal look like for Canada? A laughing stock to those selling oil.

Fully implement the entire replacement of oil by another energy source so we aren't buying from greedy pigs and for Canada's well being in the mean time, stop buying oil from pigs then use and sell only Canadian oil to help Canada's economy with pipelines and all to the full tilt.

What kind of a imbecile wants to remove oil before replacing it entirely with an alternate energy source, one that is helping to destroy Canada's economy. 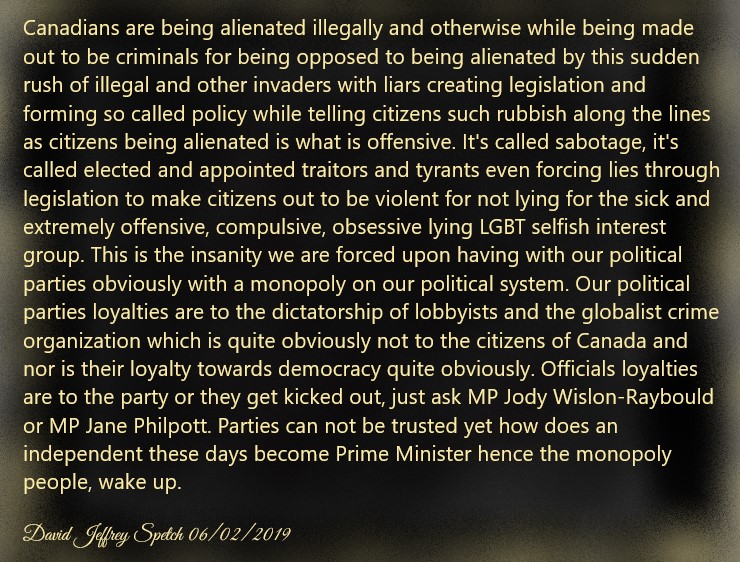