If anything is to be labeled as hate speech, islam must be banned and criminalized for speech that leads to violence 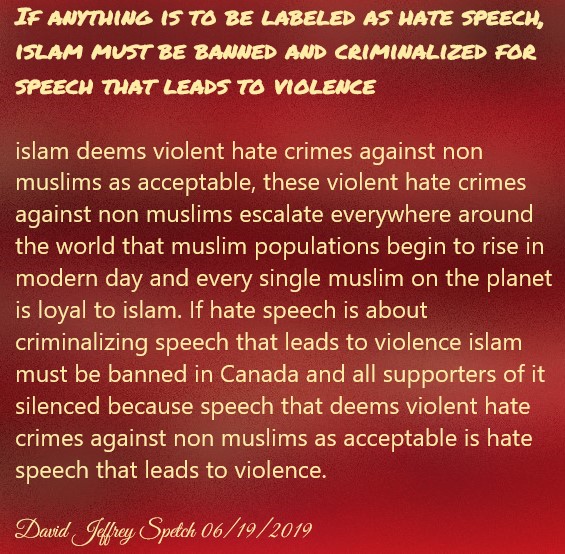