2 10 5 1
Making light of how other countries deal with compulsive obsessive liars I wouldn't call joking around. Premier Jason Kenney, you make me proud showing your spine like a real Canadian. Take note of this most positive example Premiers across Canada.

I sent this to a thousand elected, appointed and designated federal and provincial / territorial officials across Canada when I created and released it as I usually do with everything I publicly share, glad they took notice too and perhaps just in time. 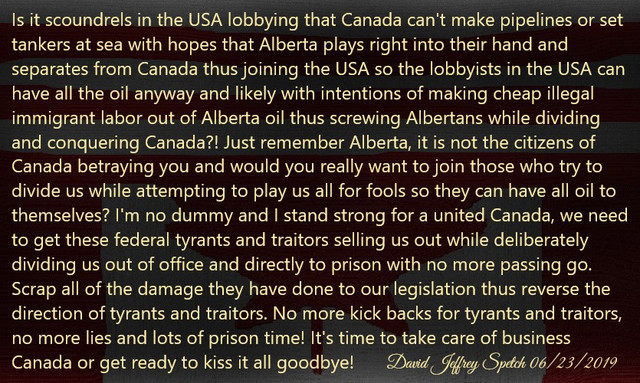