2 10 5 1
Looks like this will surely spark outrage around the world thus escalate war and divide over the scum of the Earth and everyone's enemy known as religion but hey this is what globalists want and Trump works towards escalating the problem by showing favoritism for one group of filthy religious liars over another.

Hey, all those countries facing islamic take over, Trump advocates it because he advocates that it's in any way shape or form acceptable to do the same thing for some other filthy religious group of religious liars of which that group has been slaughtered and evicted from almost everywhere they went for thousands of years including what is now called Israel on more than one occasion thanks to their following of filthy religious lies I find to be quite obvious. So sad we live on a planet chalked full of ignorant mentally redundant imbeciles and proof of this is that the world still suffers the mental redundancy of those who still stoop to refer to themselves as the religious after thousands of years of such filthy lies already leading to war and divide and to the death of millions if not billions of people to this very day.

Unlike the religious I happen to value human life more than I value any and every factually proven foundation of filthy religious lies (every religion) which is why it is my pleasure to fight for the destruction of religion for the well being and sanity of current and future generations of the life on this planet. No need to thank me for stepping up to the plate for the last 20 years on this one because I realize I'm likely the only one capable thus have taken this under my wing with the utmost seriousness in every way I deem acceptable.

Perhaps Omar is right, perhaps they are in it for the money to transform it into resources etc. I haven't seen any evidence that discredits that they are in it for monetary gain (my choice of words as opposed to money) instead I see people who cower from justifying opposing such with any validity while hiding behind so called laws to relieve them of justifying anything with any validity. Here they are placing their sick relgious lies on a pedestal while condemning others for what they claim to believe thus revealing themselves as a bunch of pathetic intellectual cowards and hypocrites with no validity, just force garbage through congress to try and make their sick rubbish unquestionable like any dictatorship would such as in every muslim country. No better than the muslims, bunch of sick and pathetic mentally redundant liars the lot of them. Make laws to try and force people to be ignorant, how weak, sick and pathetic.

Nothingness is the absence of energy and matter hence there is nothing. Energy and matter are both physical. If someone tells you that there is anything that exists beyond the physical realm, they are lying because the fact remains that without the physical there is nothing. Not anything can go poof into existence out of nothingness let alone develop and intellect out of nothing, let alone be able to create with nothing because the fact always remains that it takes energy, matter and time to re create energy and matter which proves beyond any shadow of doubt that not anything with intelligence could ever be the creator of everything. The very factual evidence proving that no such thing as an allah or god ever existed beyond lies fabricated by the selfish and the greedy who make up such pathetic lies to use to take advantage of those from a time of weakness for power and control over the many. If the religious are going to start imprisoning people for their beliefs then why aren't all religious people in prison where they belong under the guise of such a pathetic excuse for logic?!!

We would be wise to criminalize propagating factually proven foundations of lies which would shut down region for good, shut down sick and selfish interest groups like the lgbt, shut down the globalists and release the main stream media from being controlled by the intellectual equivalence of a skid mark in someone's underwear, end thousands of years of war and divide over lies and greatly reduce corruption at record speed because again lies lead to war and divide as does favoring a group of sick and pathetic liars over another.

Oh I am no Omar fan, I see the larger picture of which the religious are too selfish greedy and ignorant to want to acknowledge themselves as the bunch of filthy liars they prove to be. How much more greedy selfish or ignorant can anyone get than to value a factually proven foundation of filthy religious lies more than they value human life hence what it means to be religious?! Ignorance is regions only defense as here we have these sickos creating laws to try and impose citizens to exorcise ignorance towards their disgusting filth. Much like the lgbt which has followed religious example of ignore fact, make up lies, call such rubbish their belief which trying to create laws to make criminals out of citizens for exposing such sick and filthy lies. Meanwhile the religious whine and complain about lgbt's sickly lies and tactics when the religious set the example in the first place which is much like a filthy religious group creating laws to try and silence citizens and those from other religions from exposing their sick and filthy lies as well shady narratives. 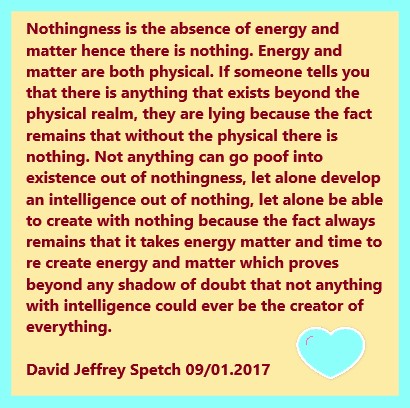