2 10 5 1
Long before the religious stole the cross from the dead while using it to glorify Catholicism used to slaughter and oppress the Roman Empire much like islam is being used to slaughter western civs now, crosses have always been the standard mark of the graves of the dead to make people aware of a grave site. 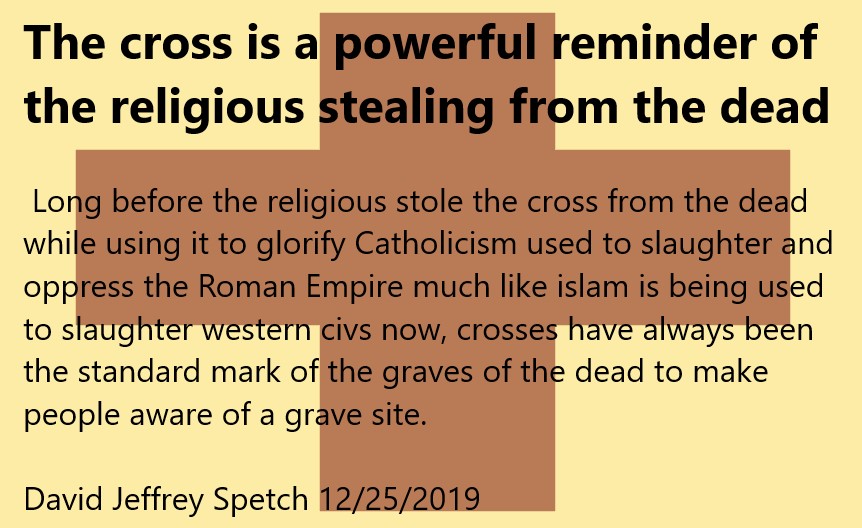