2 10 5 1
A natural repulsion is not an irrational fear. Being disgusted with such sick behavior that the lgbt represents is natural as is being infuriated with their sick and filthy lies and deceptions forced through legislation by tyrants and traitors turning backs on citizens and democracy while instead catering to the dictatorship of lobbyists and the globalist crime organization while also abusing children in schools with such disgusting, inexcusable and filthy rubbish as their slew of lies and deceptions. 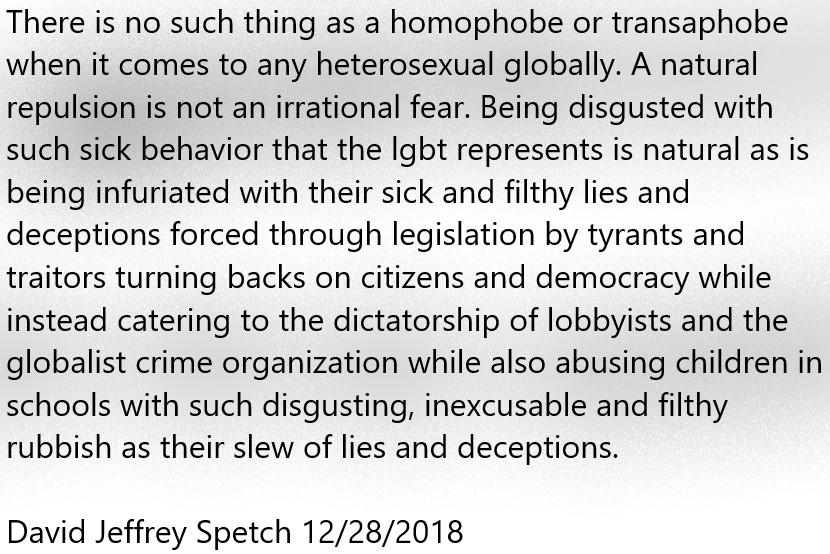