2 10 5 1
It's simple, if they reiterate globalist lies (lgbt garbage, climate change garbage, phase out energy without first replacing it garbage, attempting to shame people for being infuriated with illegal invasion etc.) they gave up their profession for a paycheque. How can you trust a doctor for example when they are willing to lie to you to keep getting a paycheque?! They don't want real doctors and all of the real one's resign when told to turn their backs on their profession and instead lie for a paycheque so real doctors are replaced with sicko activist, same with teachers, scientists etc. Professions have become mockeries which are no longer trustworthy and no longer of any authority. Allot of sick phonies posing these days which is what you get when lies are facilitated. Such phonies need to be fired starting with top so called officials. A genuine misinformation bill will never happen with current phonies posing in office because the phonies deliberately facilitate the lies in the first place while referring to fact as misinformation to further help facilitate the lies these sick back stabbers cater too. 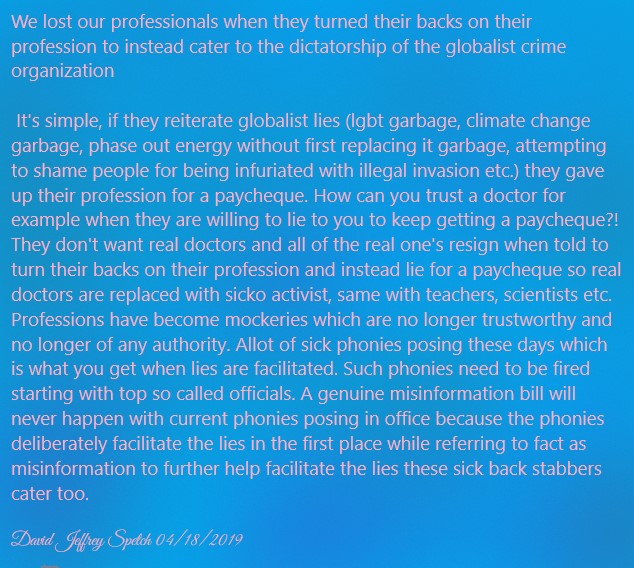