2 10 5 1
A Tyrannical one whom turns backs on citizens and turns backs on democracy to instead cater to the sick mentality of lobbyists and the globalist crime organization's dictatorship which is proof of tyranny, treason and conspiracy against Canadian citizens to try and make criminals out of Canadian citizens for not lying for a radical selfish interest group of compulsive obsessive lying deceiving sickos.

Canada Bill C-16, proposed Bill C-8 (along with 2017 amendment) and Ontario Bill 89. all garbage created by liars to try and make criminals out of Canadians for not lying. I'll never lie for these sickos and neither should any other Canadian for the well being and sanity of current and future generations and these bills obviously need to be removed permanently along with sickos in office that support such disgusting rubbish. Officials belong in prison for this, not citizens. 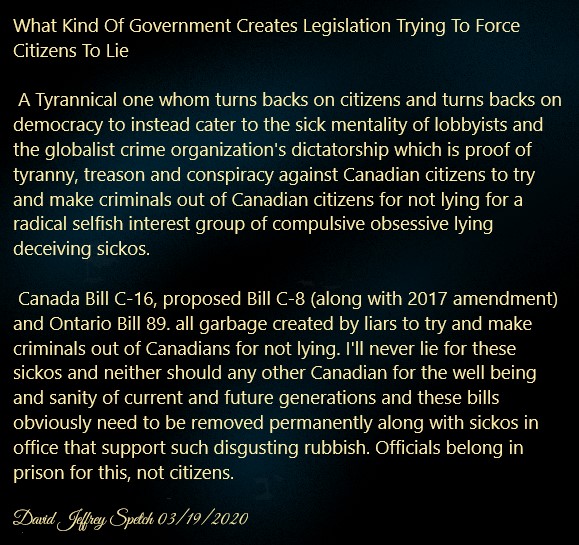